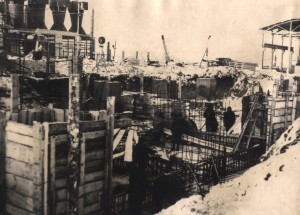 The construction was carried out in three phases: preparatory, construction of major industrial projects, commissioning of the first start-up complex of carbon black production, and at the same time the performance of work on the second complex.

Since January the 1st, 1966 Kremenchug carbon black plant separated from the oil-refinery plant into an independent company. 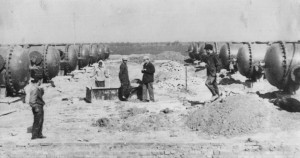 From June 1976 all carbon black grades, produced by Kremenchug carbon black plant, have been certified by the State Quality Mark. 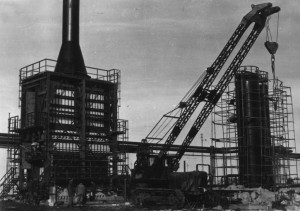 In the 70′s carbon black plant was one of the leading enterprises in manufacturing culture. Sanitary protection zone was planted with trees and perennials of 24 species.
In 1993, due to reducing of carbon black with a dry granulation demand, it was taken out from service and in the sequel was dismantled 2 technological lines of the first stage, and in 1998, out it was taken out from service 2 technological lines of II stage (5 and 6, etc. ).

In 1996 during the process of corporatization, the enterprise was transformed into an open joint stock company. 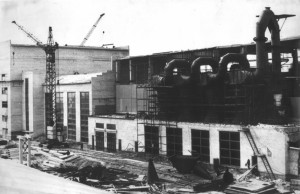 The main aim of OJSC “Kremenchug carbon black plant” is the production of competitive products that meet international quality standards.

In December 2001, put into operation its own device for the chemical water treatment, thereby reducing the cost of production and increasing energy security of the enterprise.

In 2005, put into operation: 5th technological line with the capacity of 25 thousand tons of carbon black per year, and 1st line of power station with capacity of 2,5 megawatt.

At the cost of modernization and introduction of new technologies, the plant capacity at 01.01.12 became 100 thousand tons of carbon black per year.

The company currently produces 11 grades of carbon black, which high quality and compliance with international standards makes it possible to export it to 26 countries: Canada, Germany, Italy, Sweden, Hungary, Czech Republic and others. Our customers are such world-famous companies as: «Michelin», «Goodyear», «Bridgestone» and others.